My name is Radu Luchian and I'm a Romanian designer and illustrator based in Munich, Germany. What started off years ago as just a branding project ended up being a full blown home brewery, allowing me to play with different recipes and experiment with various beer styles. With each batch brewed in small quantities, my beers are all named after songs from inspiring artists that have influenced me in one way or another. It might not be a lot, but it’s my own tribute to the artists that have given so much through their music.

Hopsylvania started off in early January 2016, when I sketched out a very rough draft of what would later become my iconic hops bat logo. Throughout the following year I continued to iterate on that design while also testing the waters of a potential home brewing hobby. I started off with a couple of extract kits but somehow managed to get both of those beers wrong. They were sour, off-flavour and barely drinkable. It almost seemed like I shouldn't even be doing this. But hey, at least I had the branding, right? Fed up with extract kits, I decided to switch to all-grain brewing and take on the challenge of actually producing my own custom beer from start to finish. After many, many hours of online research and DIY hacks I was finally able to brew my first proper beer, the "Dust N' Bones" pale ale. From that point on I gained an entirely new perspective on brewing which would forever change the way I look at beer.

In terms of brewing equipment, I started off in February 2017 with a DIY mash tun converted from a water cooler, along with an 18l boiling kettle and some plastic buckets for fermenting. These were enough to get me through my first 10 or so batches. As time passed and I became more and more familiar with brewing, I also started noticing the limitations of my setup, which is why after plenty of research I decided to switch to The Grainfather system almost a year later. This then enabled me to not have to worry about temperature control, timing the boil additions or being unable to do step mashing, and instead helped me focus more on improving my recipes by understanding the science behind their ingredients. With another year having passed, I realized how limited I also was by the lack of control over my fermentation temperature, so I got a small dedicated fridge which I hooked up to an STC-1000 controller and a heating belt. Because this project is also about packaging, I've always been bottling my beers so that I can showcase my label designs, but as of spring 2019 I started to also keg some of my batches, especially the ones that are more prone to oxidation. Regardless of the beer I'm brewing, my usual flow is to get excited about a new batch, research the style, craft the recipe in Brewfather, and then get everything I need ready for brew day! 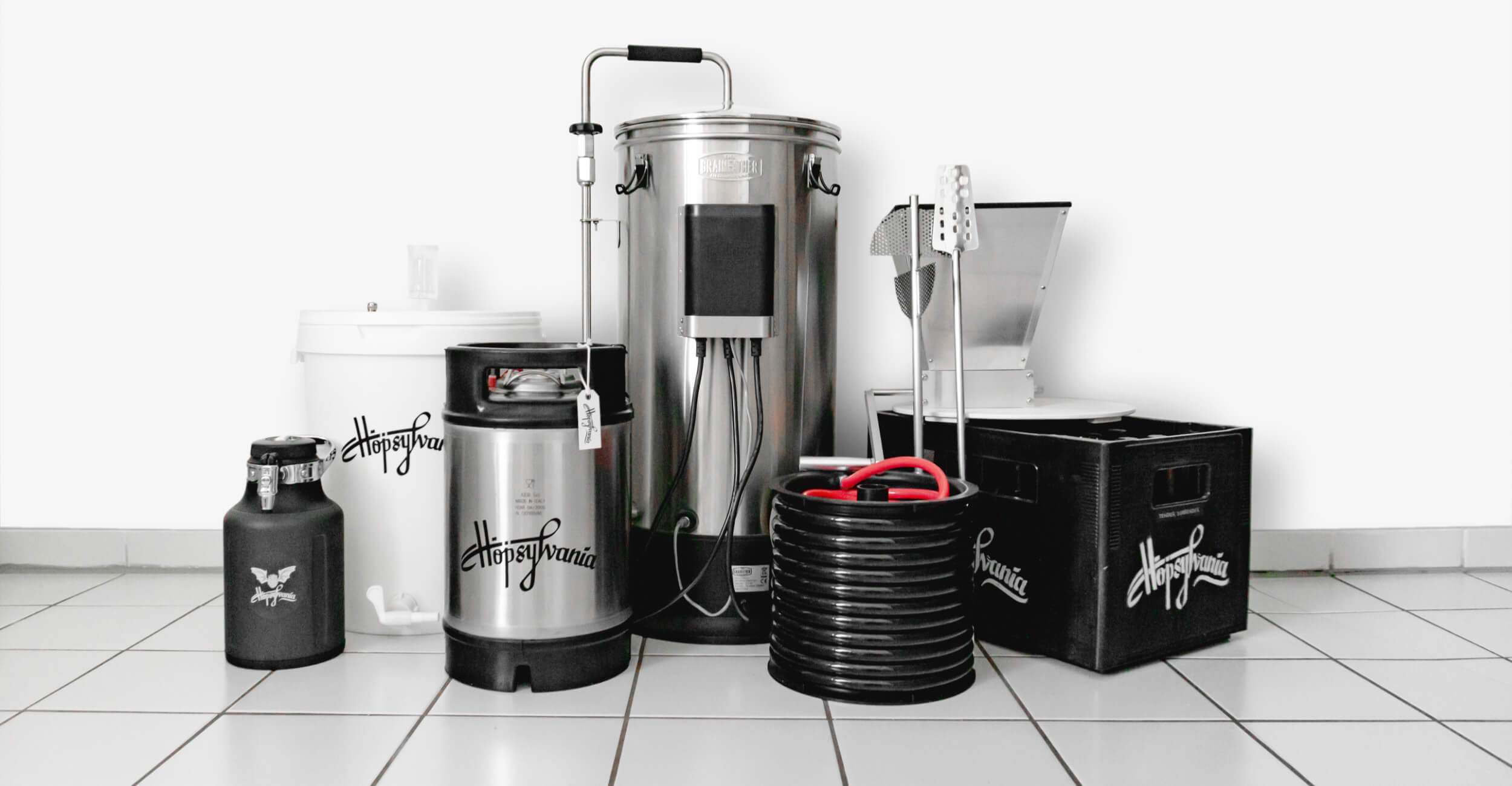 To know more about how I created my brand and what challenges I faced, I recommend reading the case study I published on my personal website. It covers everything from logo design, lettering and first labels right down to packaging, merchandise and even laser engraved coasters.